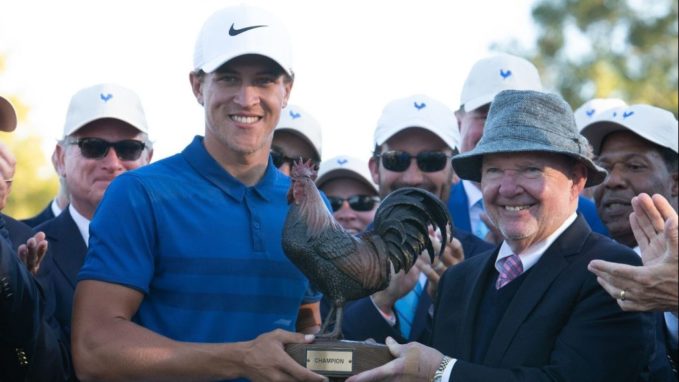 JACKSON, Miss. – Katy Sanderson-Creath was sitting in a chair in Batson Children’s Hospital in Jackson in the middle of the night.

Her daughter, Sophie Creath, was writhing in pain on a hospital bed. Just 4 at the time, Sophie was suffering from hereditary pancreatitis.

The mother remembers battling her own bouts of the same illness, which causes extreme abdominal pain, nausea and vomiting. Her husband was out of town, and she needed help coping with watching her daughter in pain.

Sanderson-Creath found it from a nurse who offered to stay in the room all night to help care for Creath and serve as a calming presence. She’ll never forget how much the friendliness of the staff at Batson meant to her when she needed it most.

“I just remember feeling very supported and cared for,” Sanderson-Creath said. “Every child that goes there is treated just like my child and just like your child would be.”

FORWARD PRESS PODCAST: David Dusek and Peter Kostis talk about the latest wave of young players, how far guys are hitting it and more

Sophie Creath is now a healthy sophomore at Baylor University in Waco, Texas. Her time spent volunteering at Batson during high school swayed her to major in child and family studies.

She’s coming back to Mississippi this week to accompany her family at the Sanderson Farms Championship at the Country Club of Jackson.

Her experience at Batson 16 years ago is one reason Mississippi’s only PGA Tour event is bigger and better than ever. This year’s winner is set to secure a check of $1.188 million, up from $774,000.

An even larger sum will be donated to Friends of Children’s Hospital, the fundraising organization dedicated to supporting Batson.

The tournament is no longer an opposite-field event. In recent seasons, it went up against the World Golf Championships-HSBC Champions tournament in China.

Cameron Champ is the defending champion and he’s grouped with Ryan Armour and Bill Haas, two former champions of the event, for the first two rounds. Corey Conners, Adam Long and J.T. Poston, who earned their first PGA Tour victories last season, are also playing this week. Joaquin Niemann, who last weekend became the first golfer from Chile to win on the PGA Tour, is also in the field.

Joe Sanderson and his wife, Kathy, stand on site of a seven-story expansion building set to open at Batson’s Children’s Hospital next year. The Sandersons have spearheaded a campaign that has raised nearly $80 million for the project. (Courtesy: Joe Sanderson)

None of it would be possible without Creath’s grandfather, Joe Sanderson Jr., the CEO of Sanderson Farms, the third-largest poultry producer in the United States. Sanderson was approached six years ago about putting his company’s name on the tournament.

There were pros, and there were cons.

Sanderson’s target market for his business are women 25 to 65. That’s the demographic who’s buying chicken at the grocery store. It’s not necessarily the one who’s watching golf.

“It didn’t really appeal to me from an advertising point of view,” Sanderson said.

Sanderson thought more about it. An avid golf fan, he didn’t want to see his home state lose the tournament that’s been played there since 1968.

As much as he loves golf, Sanderson loves children much more. The host organization for the tournament is Century Club Charities. Every year, it makes a donation that helps more than 150,000 sick kids annually at Batson.

“I did not want the children’s hospital to lose the benefits from a charity standpoint,” Sanderson said.

He pitched the idea of becoming the title sponsor to his board of directors. They agreed to sign a three-year deal lasting through 2016. When that agreement ended, Sanderson signed another. This is the third year of a 10-year deal.

Century Club Charities’ donation for the 2018 tournament marked the fifth year in a row it has donated more than $1 million. That money goes toward the Campaign for Children’s of Mississippi, an effort to raise $100 million to help fund an expansion of Batson.

The Sanderson Farms Championship has been successful since Sanderson put his name on it. Last December, the PGA Tour issued the tournament an award for “Best Charity Integration.”

“The bigger the tournament gets, the more support the children’s hospital is going to get,” Sanderson-Creath said.