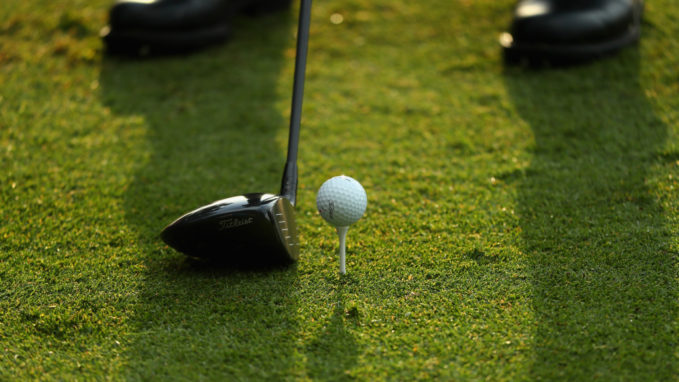 In high school golf, there isn’t the PGA Tour-level oversight that makes fudging one’s score basically impossible to get away with.

But administrators in Michigan are looking to make a difference here.

The Detroit Free Press reports that the golf committee of the Michigan High School Athletic Association has made a recommendation in light of concern over high school golfers posting inaccurate scores.

And that recommendation will be in play soon in Michigan high school golf.

Per the Free Press, a pilot program will be implemented in 2019 boys’ spring season as a test to see if it can be adopted full-time.

Cell phones are not allowed during MHSAA competitions, but that will change this spring. In the pilot program, cell phones would be allowed use in four instances.

The main one will be the use of an app called iWanamaker, where players can post their scores in real time. The other three situations are: calling a coach or tournament administration for a health or safety issue, contacting a rules official, and use as a distance measuring device.

But the iWanamaker app is the biggest. The use of that app will mean officials and the public can see the progress of the event.

The hope is that aspect – a player live scoring rather than only having to post his score after the end of the round – will deter any attempts to cheat on score.

“Making scores public makes it available for all to see, for all to look at and for all to make sure that what is being put in the system actually is what the kids are shooting,” MHSAA associate director Cody Inglis told the Free Press. “If a kid is scoring out of his mind, then you can bet that they will attract more attention and eyeballs on them.”

This recommendation and pilot program are not without context, as the whiff of potential cheating came up earlier this year.

At the Division 1 boys regional in May, Anchor Bay and  L’Anse Creuse had players sign for scores that allowed the squads to post totals alarmingly below their season averages. There was a lack of proof, though, that the scores were inaccurate, meaning both teams moved onto the MHSAA finals.

At those state finals – where, unlike regionals, there is in-round scoring every three holes via adult scorers – the schools finished in the bottom two spots.

With the inclusion of this iWanamaker app, the hope is situations like that regional don’t pop up again.

Of course, it’s a pilot program coming at the moment. If the MHSAA’s Representative Council does agree to the changes, they would be in place permanently for boys and girls beginning in the fall of 2019.

Considering how live scoring apps have worked pretty well in numerous college golf events, we like the odds of this pilot program ultimately leading to full-time implementation.

DP World Tour Championship To Be Held In December
1 views

Phil Mickelson What’s In The Bag?

Tiger Woods talks back health, quarantine at The Match at Medalist

‘The Match II’ report card: Tiger’s putter keeps him from an A; Brady rebounded

Woods And Manning Triumph Over Mickelson And Brady