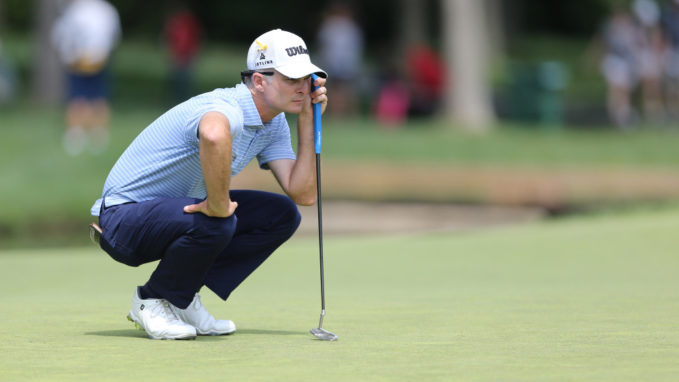 Golfer Kevin Streelman learned he will be playing in the British Open next week the same way many of us are spammed with unwanted marketing pitches, receive our latest credit card bills or get updates from Aunt Peg – via email.

After winning the Rockford (Ill.) PRO/AM at Aldeen Golf Club with a final-round 66 Monday, Streelman learned via email that he has a spot in the final major of 2019.

“There has been a withdrawal from The Open. There is a space for you if you’d like to play? Thanks,” Tippetts-Aylmer wrote.

Luckily for Streelman, the message did not end up in his spam folder.

“My mind’s everywhere right now,” Streelman told WREX. “My passport is in Scottsdale at my house. I don’t have enough clothes, enough warm clothes, [so] I have to go shopping for them. My caddy is not going to go. I need to find a new caddy. Besides that it’s pretty exciting. I have a few things to iron out.”

Streelman’s Open spot became available as John Daly withdrew from The Open, citing a medical condition, the R&A said. Daly will reportedly play in the Barbasol Championship in Kentucky, according to Golf World’s Dave Shedloski, who tweeted that Daly asked for a cart for that event.

It was an eventful time around the Rockford PRO/AM. Golfer Brittany Lincicome was on her way to play in the event when she went into labor and delivered her baby girl 8 weeks early on Monday afternoon.

John Daly WDs from British Open after spider bite, being denied use of cart

Tait’s Take: I was wrong about Rory McIlroy’s 61 at Royal Portrush