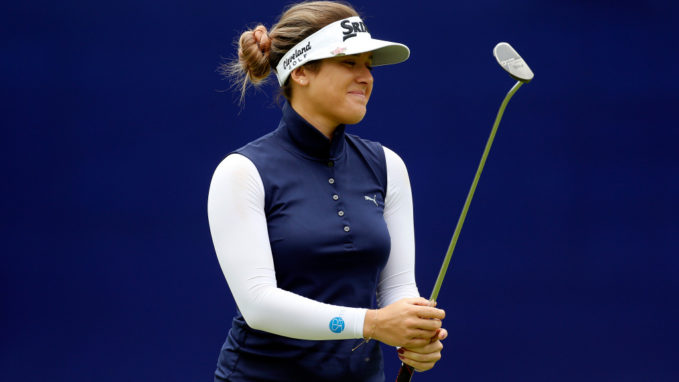 Hannah Green shot a second-round 63 and has opened a five-shot lead at the LPGA’s Cambia Portland Classic heading into the weekend. Green is at 17-under after shooting 64-63 to open the tournament.

Sei Young Kim had the round of the day, an 11-under 61, after she posted 11 birdies at the Columbia Edgewater Country Club in Portland, Ore., on Friday.

Youngin Chun, Lee-Anne Pace, Angel Yin and Yealimi Noh are all T-4 at 11-under after two days.

Defending champ Marina Alex is T-15 at 9-under.

Top-ranked Jin Young Ko is T-27 after shooting 68-69 to make the weekend. On Thursday, she saw an end to her bogey-free streak. She had gone 114 consecutive holes without dropping a shot up to that point. She had two more bogeys on Friday.

Junior players rolls on at TPC Sawgrass despite stormRory McIlroy On Returning To World No.1