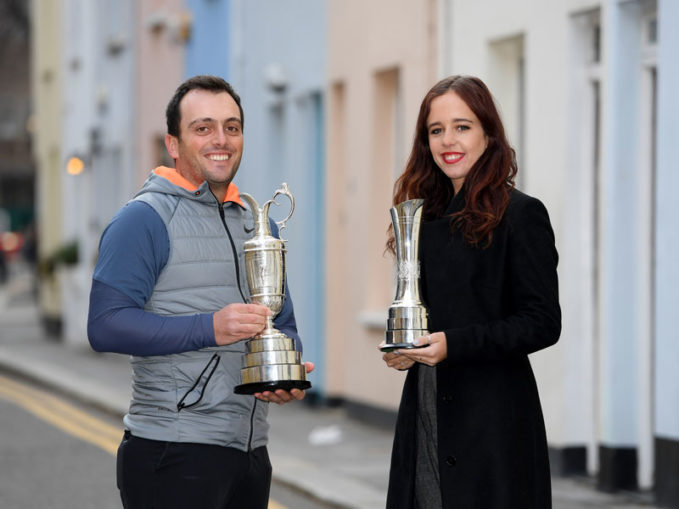 In this piece we take a look at the golfers who had stellar years as well as those looking to improve in 2019.

We enjoyed a brilliant golfing year in 2018. Countless epic Major championships, a thrilling Ryder Cup, new rising stars and the return of a competitive Tiger Woods have all created story lines and of course, some stunning golf.

However for every winner there is a disappointed loser so bearing that in mind we have put together a list of golfers who have had brilliant years, along with those looking to have a much improved 2019.

Without further ado we start with the winners.

If we are honest, the American’s inclusion in this list takes little explanation. He won two Majors in formidable fashion, enough said. 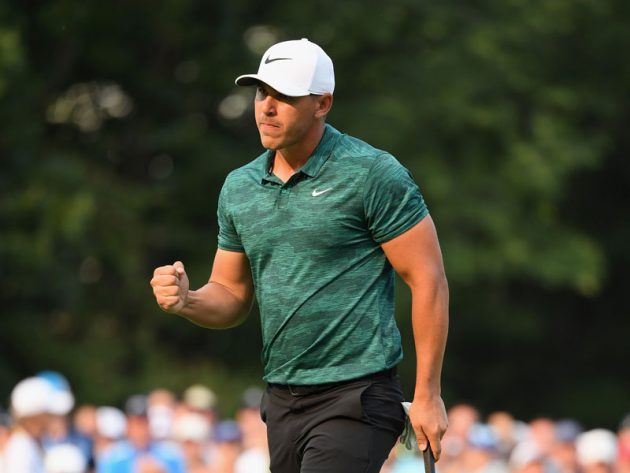 An incredible year for the Italian. He battled Rory McIlroy to win the BMW PGA Championship and then out-duelled Tiger Woods to win his first Major at The Open Championship. In fact in a stretch of tournaments, he went 1-2-T25-1-T2-1 which got him to a career best of fifth in the world.

To add to that, he formed an historic partnership with Tommy Fleetwood at the Ryder Cup in which they won four matches from four. He also won his singles match against Phil Mickelson to become the first European to secure five points from five matches.

But wait, there is more, he also secured the Race to Dubai and the European Tour Player of the Year award as well.

Despite a clear snubbing at Sports Personality of the Year, Georgia Hall secured her first Ladies European Tour victory in style at the Women’s British Open winning by two strokes over Pornanong Phatlum.

She would then go on to become the youngest player to win the Ladies European Tour Order of Merit two years in a row, and won the Players Player of the year as voted for by her fellow professionals. Currently she ranks eighth in the world and looks to get to world number one.

A remarkably consistent 2018 even by the Englishman’s standards, Rose missed only one cut in 2018, winning twice and had a plethora of second and third place finishes. His consistency got him to world number one in the world for the first time in his career and he also secured the huge pay cheque for winning the FedEx Cup. 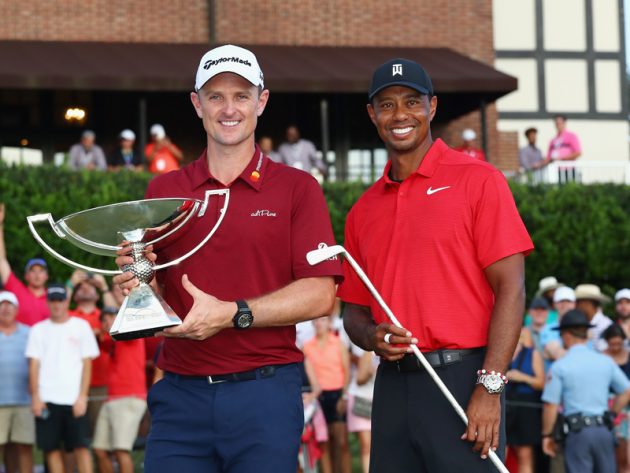 Woods returned to the game with many not expecting him to return to former heights, but Tiger showed he could still play at the highest level in 2018 coming close on numerous occasions before finally securing the Tour Championship.

His close calls include the Valspar Championship and the final two Majors of the year, where he held the lead heading into the back-nine of The Open Championship, and then pushed Koepka all the way by shooting 64 on the final day at the USPGA.

Clearly, Tiger proved the doubters wrong and with three Majors next year being hosted on courses he has won on before, who knows, maybe Tiger will be getting major number 15 next year. 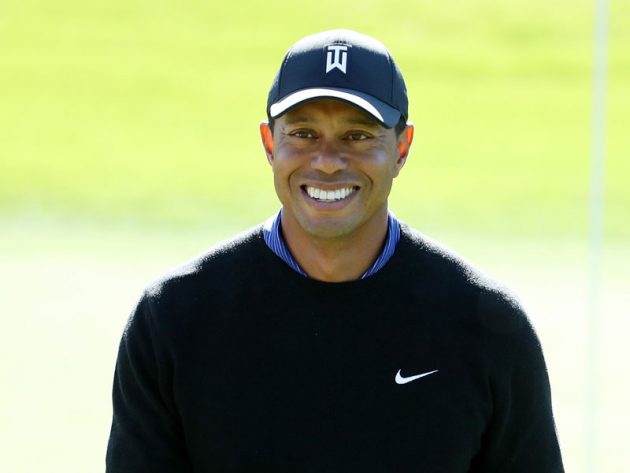 Now admittedly he did have a poor Ryder Cup and there were clear issues with some of his teammates, however it is hard to look past the fact that he played sublime golf to secure his first Major championship at The Masters. Playing alongside McIlroy, and getting chased down by Jordan Spieth, Rickie Fowler, and Jon Rahm, it would have been easy to wilt under the pressure, but Reed held firm to shoot 71 to win by one stroke. 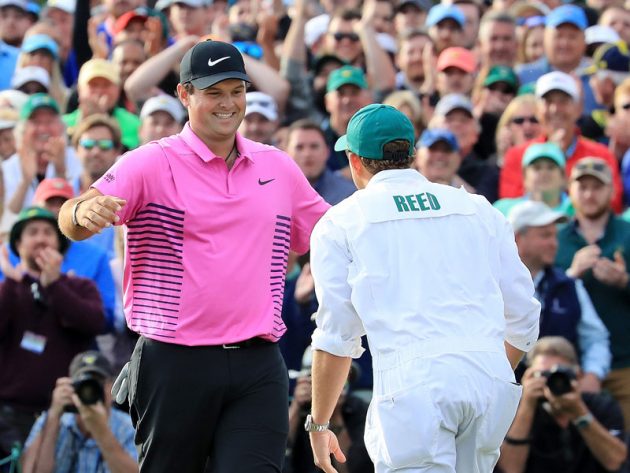 As far as dominant seasons go, Jutanugarn had one for the ages in 2018 winning pretty much every award their is to win. For example, she won the LPGA Player of the Year, the Rolex Annika Major Award, the official money list, the Leaders Top 10 competition in which she had 16 top-10 finishes, the LPGA Vare Trophy with her scoring average of 69.4, and the LPGA’s Race to the CME Globe which made her $1 million richer. She also set season records for birdies, and the most rounds in the 60s.

Tournament wise, she secured the US Women’s Open, the Kingsmill Championship and the Aberdeen Standards Investment Ladies Scottish Open.

Have I mentioned she is only 23? 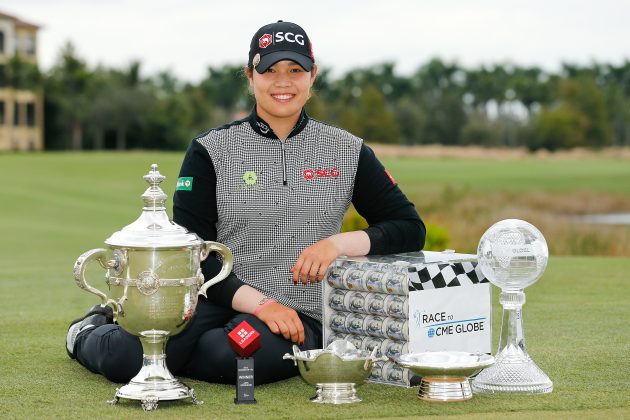 The Englishman shot up the world rankings in 2018 from 138th at the start of the calendar year, to his current slot at 44th in the world. This is largely thanks to three wins at the Hero Indian Open, BMW International Open and the Made In Denmark tournament.

Obviously he can feel disappointed not to have made the Ryder Cup side, but he seems to have taken that in his stride coming tied second in the DP World Tour Championship. If he continues this form, then there is no doubt he will be a feature in future Ryder Cups.

Four times the American won in 2018, each of them coming in big tournaments with quality fields.

He is currently ranked fifth in the world. 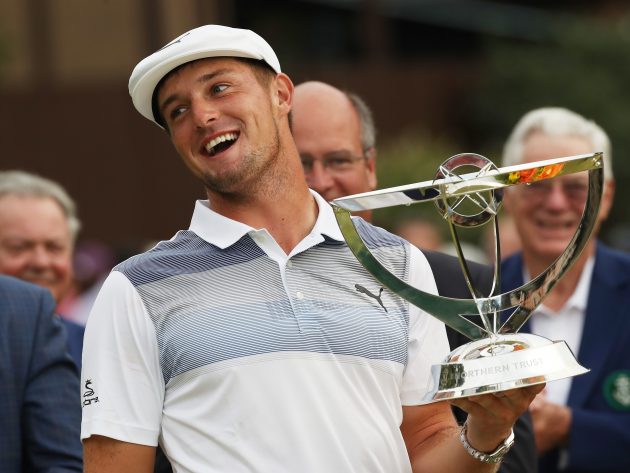 The big hitting American started 2018 ranked 1057th in the world, whereas right now he is 97th. That is incredible progress with the win at the Sanderson Farms Championship providing a huge boost to his career. 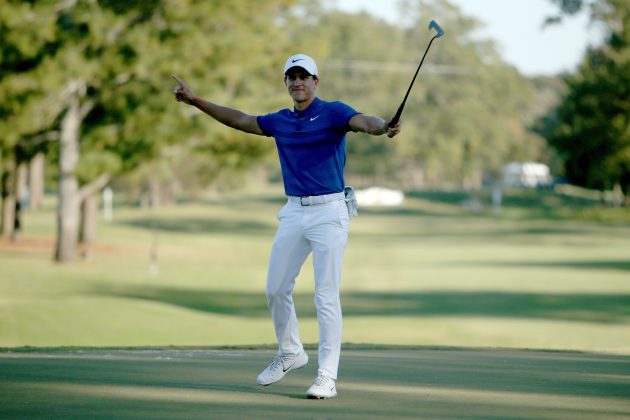 Another Englishman who started well down in the world rankings, Eddie Pepperell has fast become a huge hit on Tour thanks to his honest demeanour and outstanding golf game. Eddie managed to secure his first European Tour win in 2018 at the Commercial Bank Qatar Masters, shot a final round 67 at The Open Championship to secure a tied 6th and then secured another win at the British Masters in what was a stellar tournament played in difficult conditions. 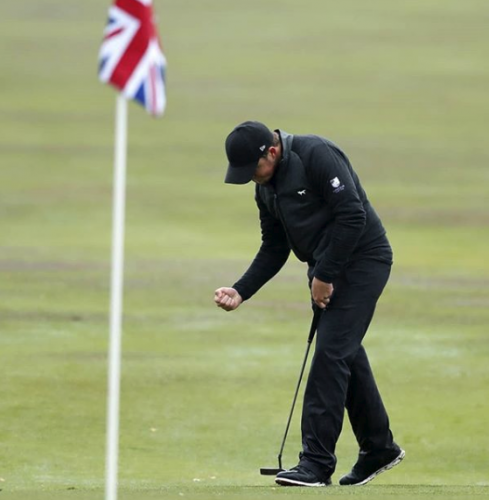 Needing to win the Houston Open to get into the Masters, everything was stacked against the Englishman, however once again he delivered, beating Beau Hossler in a playoff. Poulter would then get selected to the Ryder Cup later in the year in which he secured two points from four matches, including a crucial 2up singles victory against Dustin Johnson. 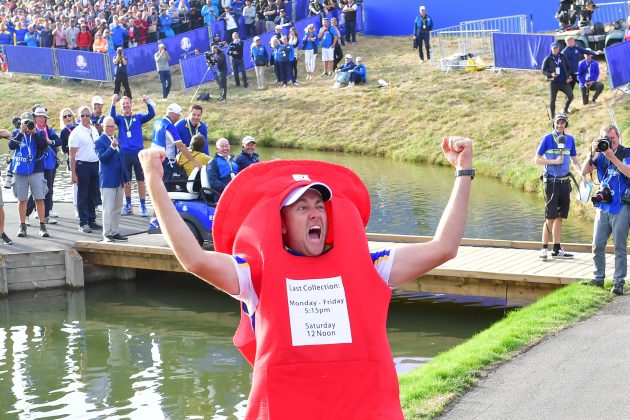 Our final winner of of the year is American Angela Stanford. After 18 years on Tour, and at the 76th time of asking, she secured her first Major victory at The Evian Championship. It was also her first win of any kind for six years. 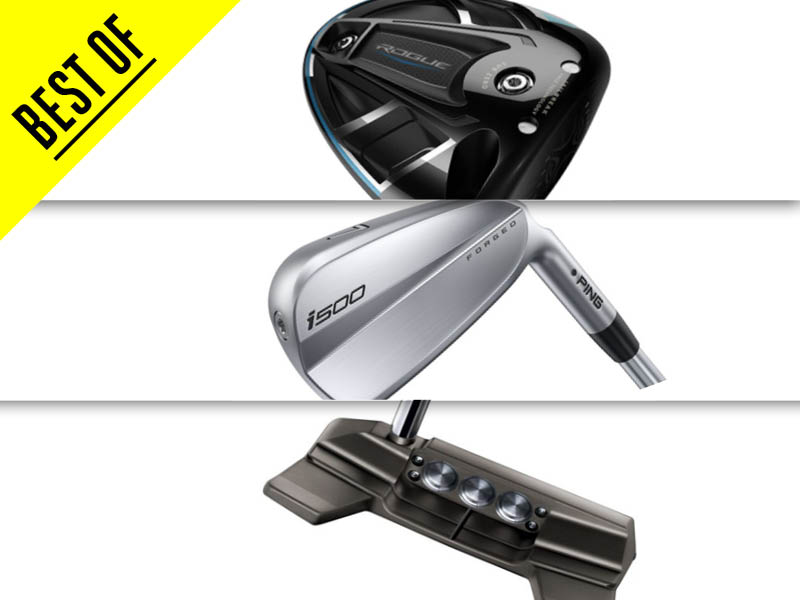 An innovative year in the equipment world of… 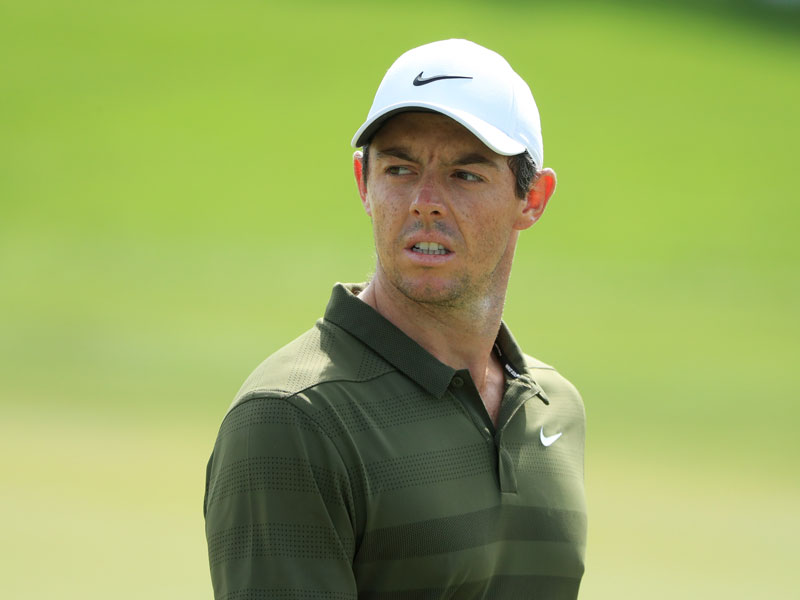 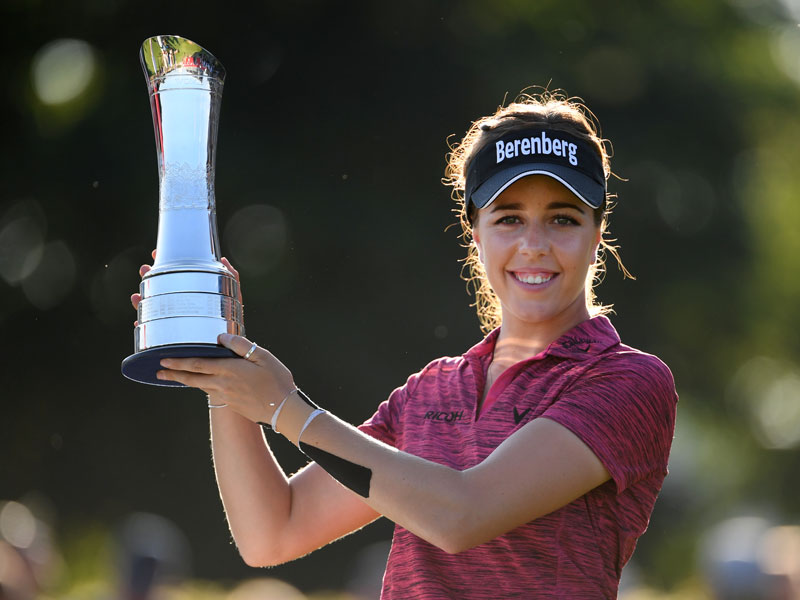 Neither Georgia Hall or Justin Rose were nominated…

As someone who seems to constantly frequent the business end of the leaderboard, it is shocking to realise that Fowler’s last win came at the 2017 Hero World Challenge. Indeed, aside from The Masters where he shot 67 in the final round, he didn’t really come that close to getting back in the winners circle either.

That being said he is a top-10 machine so it would not be surprising to see him bounce back in 2019. 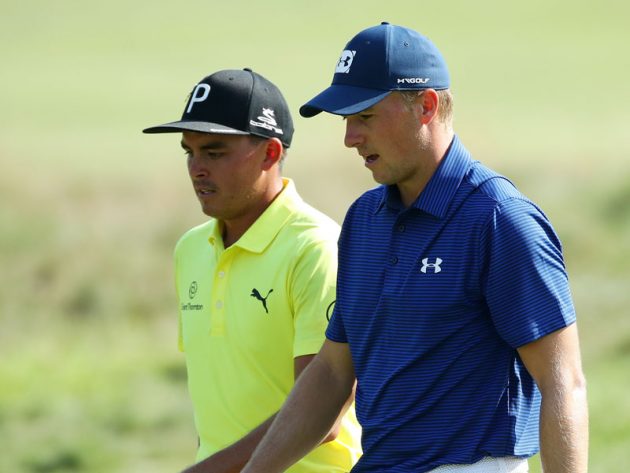 Perhaps even more shocking is Jordan Spieth’s fall from grace. He fell away during the final round at The Open Championship and missed cuts in huge tournaments like the US Open and Memorial Tournament with his putting appearing to be the main issue. 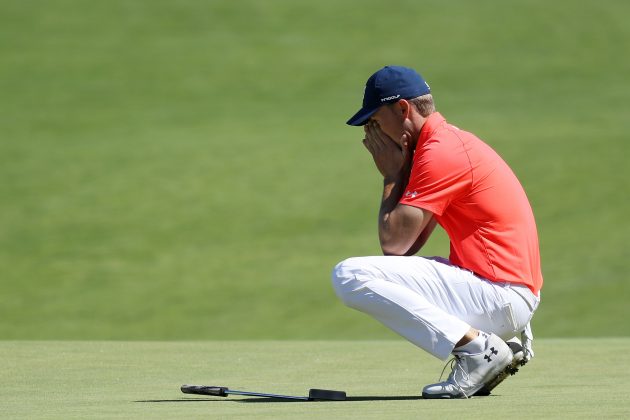 The American also failed to win this year but a player of his class is sure to come-back with a vengeance next year. Lest we forget, he did nearly sneak into a playoff at The Masters and had a solid Ryder Cup winning three points from five matches.

Having begun 2018 ranked 2nd in the world and Open champion, very few would have believed that he’d end it number 17 and winless. 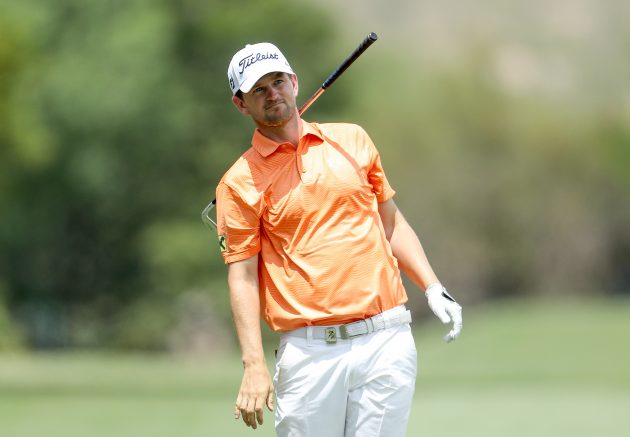 Kaymer is another European going in the wrong direction this year. The former world number one missed 12 cuts in 2018, the most in one year for his entire career and he has dropped down to 170th in the world. He did have a tied second at the BMW International Open though so the game is possibly still there. 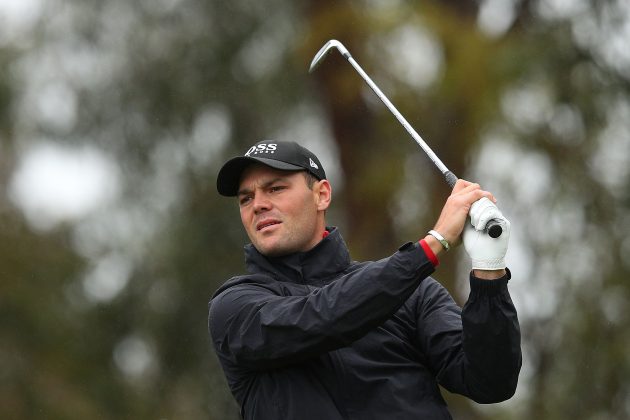 The Japanese star’s year started well, a tied-4th at the Sentry Tournament of Champions but in what should be described as a disappointing 2018, Matsuyama failed to improve on that result in the 24 other events he played this year. For someone of his talent and skill that simply won’t cut it.

Yes he did win the WGC-Mexico Championship in a playoff against Justin Thomas, however the rest of the year has been pretty poor. At the Ryder Cup he was shockingly bad and he also created incredible controversy at the US Open when he putted a moving ball to stop it from rolling down a hill. 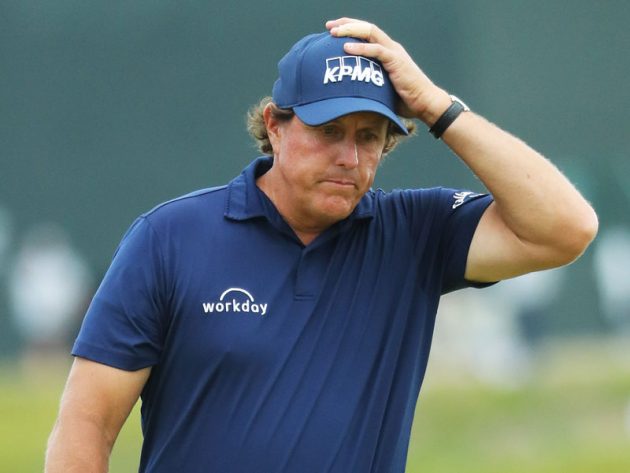 By his lofty standards, this was a less than ideal year for McIlroy. On countless occasions he put himself in positions to win and yet consistently failed to do so. For example he was in the final group at the Omega Dubai Desert Classic, The Masters, BMW PGA Championship, WGC-Bridgestone Invitational and finally the Tour Championship, and he failed to win any of them. He also looked out of sorts at the Ryder Cup securing two points from five matches. Once again, he lost his singles match narrowly, this time to Justin Thomas on the 18th.

That being said he did shoot 64 to win the Arnold Palmer Invitational so maybe we are being harsh here! 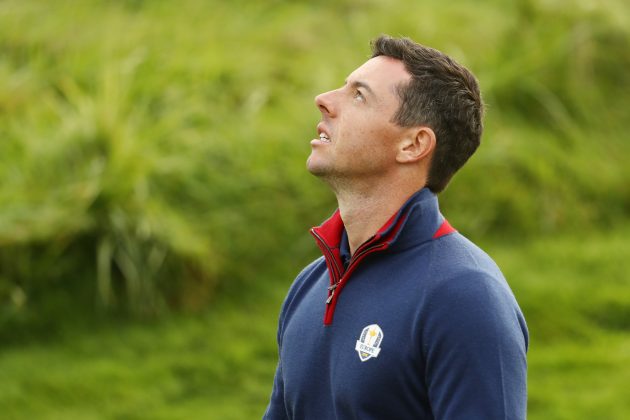 Keep an already quiet sport from being silenced

Brooks Koepka seemed to take a shot at Bryson DeChambeau