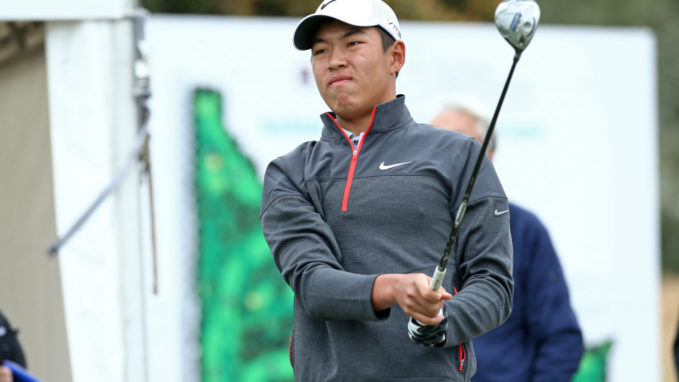 USC’s Cheng Jin announced Tuesday that he has decided to turn professional ahead of the Trojans’ spring season.

That Jin, 20, makes this move to leave USC early to turn pro is no surprise. Last spring, Jin and the Trojans coaches felt it was pretty likely he would turn pro before his junior season.

That thought was fair. Jin had romped to a 17-shot victory at PGA Tour China Q-School around that time and had access to a full card on the circuit via that performance.

He ultimately did return to USC in the fall, playing in three events and registering a best finish of T-24. He was No. 371 in the Golfweek/Sagarin college rankings after the fall.

Jin never quite starred on the college level, but he produced solid results. He finished his 2016-17 freshman year ranked 110th and was 241st in the follow-up campaign.

His highest college finish was a T-3 at the 2017 Southern Highlands Collegiate, and he had five top-20 showings overall.

Jin really made his bones in events outside college golf. He won PGA Tour China’s Nine Dragons Open in 2014 to become the circuit’s youngest champion at age 16. A year later, he captured the Asia-Pacific Amateur Championship, earning him a Masters spot in 2016. He then won the prestigious Players Amateur that summer, grabbing an exemption into the 2017 RBC Heritage in the process.

The Trojans enter the spring ranked No. 4 in the country. Losing Jin isn’t ideal for the team’s prospects, but USC still retains the five highest-ranked players on its roster.