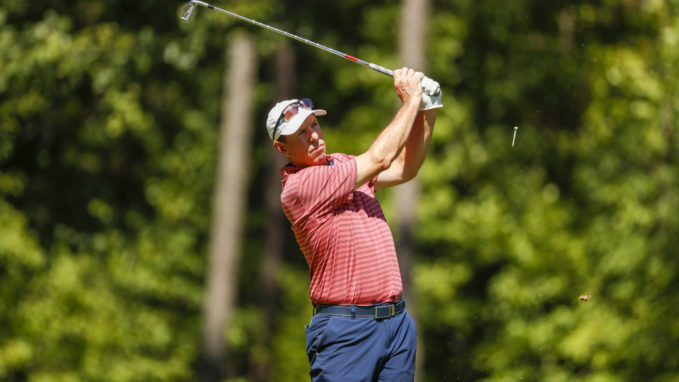 Royak, 57, won the 18-hole championship match with par on the par-4 18th, which was statistically the toughest during the stroke-play portion of the tournament.

Royak led to begin Thursday’s match after Newsom bogeyed the first hole, but Newsom, a 55-year-old from Virginia Beach, Va., recorded back-to-back birdies on 9 and 10 to take the lead, 1 up. Royak quickly regained the lead after Newsom bogeyed the 12th and 13th holes, but it was short lived. Newsom tied the match again after Royak carded his only bogeys of the day on 15 and 17.

Royak finished the round with the pair of bogeys and no birdies becoming the second player of the last three U.S. Senior Amateur champions to claim the title without a birdie in the championship match following Sean Knapp in 2017 at The Minikahda Club in Minneapolis, Minn.

“To be a USGA champion, to think that your name is going up on the wall (in the Hall of Champions) in Far Hills, (N.J., at the USGA Museum) with the other champions for 2019, that’s kind of beyond belief,” Royak said. “I don’t know when they put (the plaque) up, but I’ll go up there sometime next year, maybe I am in New York and get over there and see it.”

Royak, from Alpharetta, Ga., made his fourth start in the championship round and 16th USGA championship appearance overall at the U.S. Senior Amateur.

With his win, Royak also became the third player from Georgia to win the U.S. Senior Amateur, following joining Jackie Cummings from Columbus in 1999 and Doug Hanzel from Savannah in 2013.

UNC’s Brynn Walker writes her way through a fifth year

Danny Lee What’s In The Bag