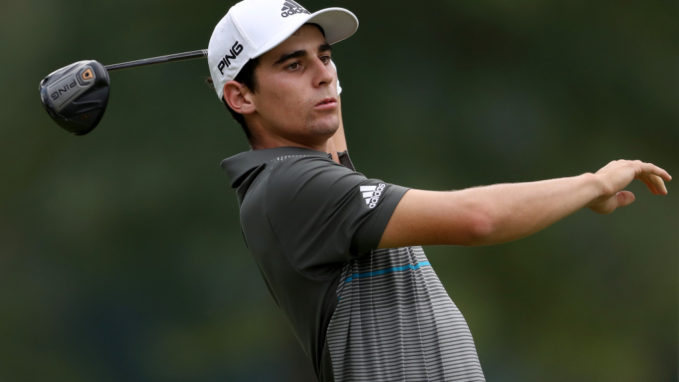 WHITE SULPHUR SPRINGS, W.V. (AP) — Joaquin Niemann shot a 2-under 68 on Saturday to take a two-stroke lead at A Military Tribute at the Greenbrier.

Trying to become the first player from Chile to win on the PGA Tour, the 20-year-old Niemann was 15 under with a round left in the season-opening event at the Old White TPC.

No third-round leader has gone on to win the tournament.

Nate Lashley, Richy Werenski and Robby Shelton were tied for second. Lashley and Werenski shot 65, and Shelton had a 70.

Adam Long and Scotty Scheffler were 12 under. Long shot 70, and Scheffler had a 71.

Leaderboard: A Military Tribute at The Greenbrier

Kevin Chappell couldn’t capitalize on the 11-under 59 he shot Friday, the 11th sub-60 round in tour history. He had a 73 on Saturday and was eight strokes behind Niemann.

Tiger Woods back in Orlando to root for Stanford against UCF

Rory vs. Brooks: In POY debate, the real question is one of major significance